The Best of the Internet.
https://funnyinterestingcool.com/

by funnyinterestingcool
1. After placing a proxy bid for a domain I backordered, I go an email from NameJet confirming the domain would be going to auction in about a month.

2. When the time came, I was the only bidder so I did not make any more bids. A few hours later, I received an email from NameJet confirming I won the domain auction:


3. About a day later, I received an email from NameJet confirming the provisioning of my domain name was complete at the registrar it belonged to: 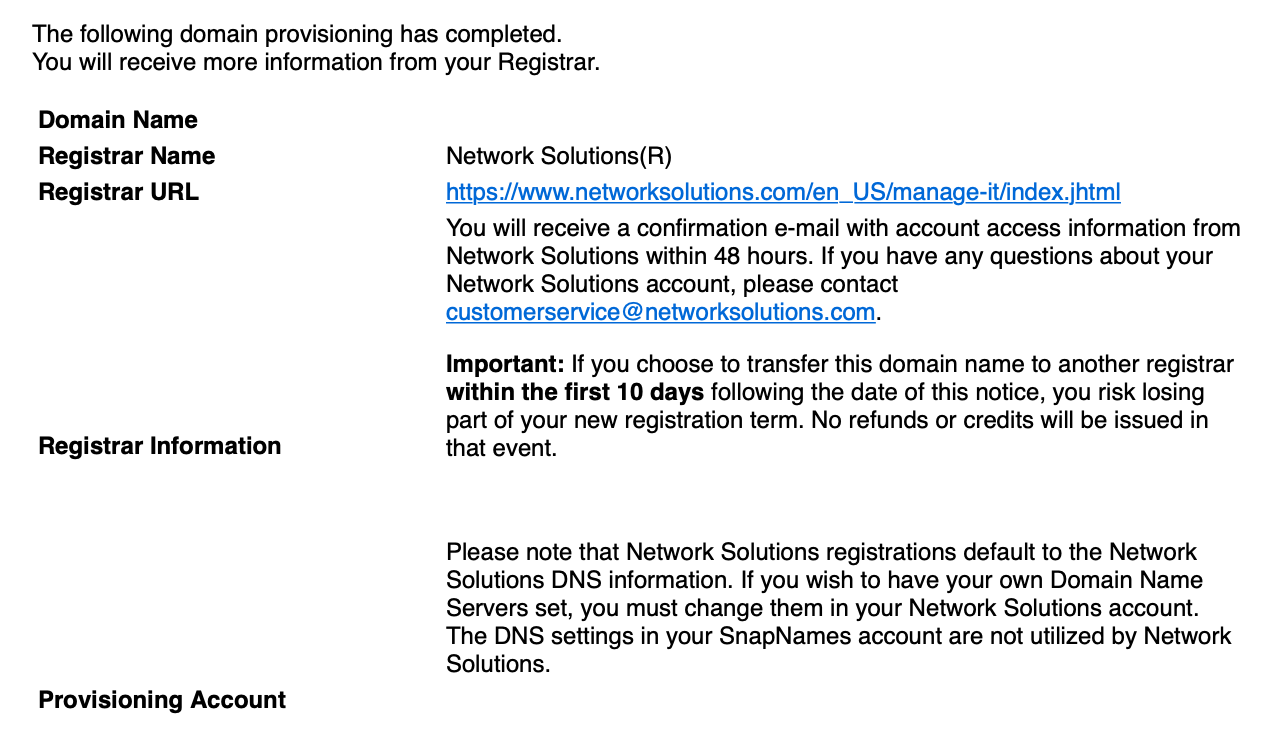 4. At this point, I saw the domain name in my NameJet "Domains" area.

5. A few hours later the same day, I received an email from the registrar (Network Solutions in this case) confirming the domain transfer completed. The email arrived to the same email address I have registered with NameJet: 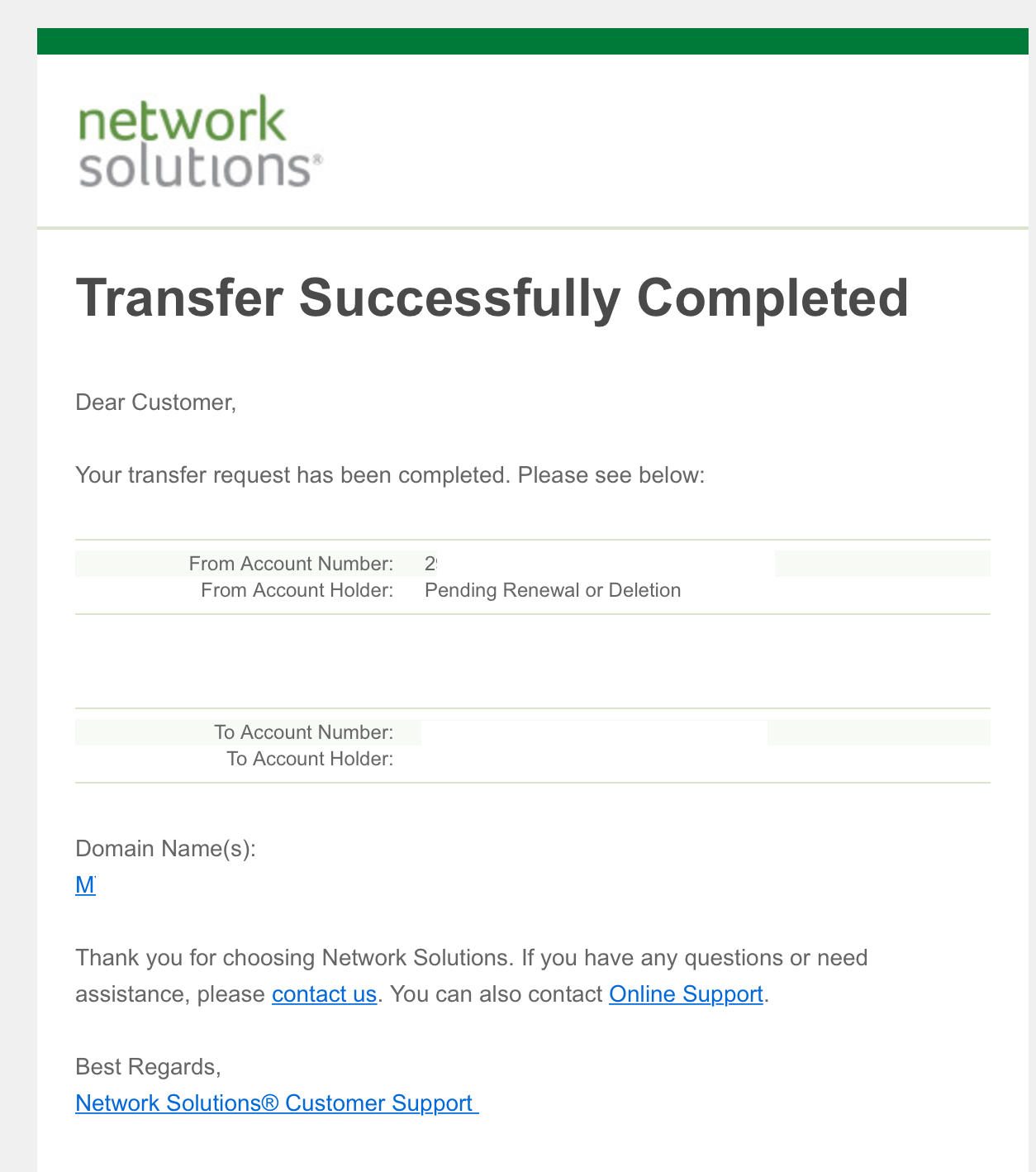 
6. At this point, all I knew was the domain I won through NameJet was now parked in an account in Network Solutions. I did not have any access to this account and when I tried a password reset based on the account info in the email, it did not work. I called Network Solutions who were able to help force a password reset on the account after I gave them the network solutions account number (which was in the email I received) and the domain name I won. I was able to login to Network Solutions and manage my domain name finally. I won't be able to transfer it for 60 days though with the transfer lock.
All times are UTC
Page 1 of 1
Powered by phpBB® Forum Software © phpBB Limited
https://www.phpbb.com/